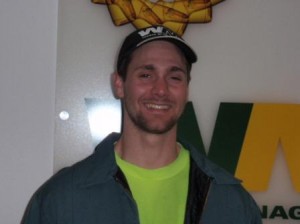 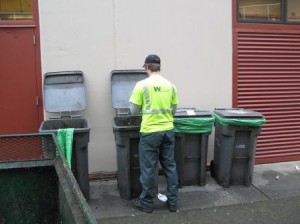 Have you noticed your Facebook friends capturing random acts of kindness? Well if you haven’t – you can be the first. I have friends that walk elderly people across the street, pay for the person behind them in the coffee line and even mail scratch tickets to their in-laws. What some people don’t realize – is that how you throw your waste out could also be an act of kindness.

In March, I did a ride-along with Kirkland’s Waste Management commercial organics driver, Steven. He’s new to this route and I wanted to get to know him, his job, and learn more about the route. He has over 180 stops and replaces about 250 compostable cart liners.  He is a genuinely nice guy and does a good job. 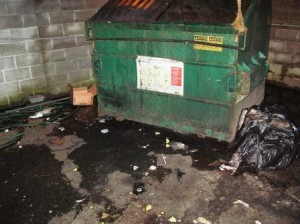 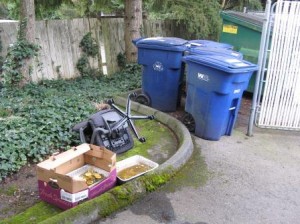 Here is how you can pay it forward and show random acts of kindness to Steven:

Steph Gowing was the Recycling Programs Coordinator during 2013-2014. She moved to City of Seattle Office of Economic Development.
View all posts by Steph Gowing → 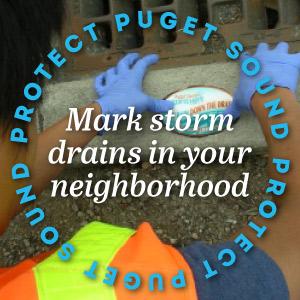